Prof. Dr. John B. Goodenough sent his congratulations on the opening of the new laboratory

The lab, named “21C Lab,” shows CATL’s strong commitment to the development of the most advanced technology and its aspiration to lead innovation trends in the 21st century, identify tipping points in the novel energy industry, and finally bring clean energy to commercial application and people’s daily lives. Prof. Dr. John B. Goodenough, the 2019 Nobel laureate in chemistry for his work on developing lithium-ion batteries, sent his congratulations on 21C Lab’s establishment. “As an industry leader in lithium-ion battery technology, advances made by members of the 21C Lab can benefit society significantly. I believe that with the setup of the 21C Lab, CATL can introduce more inventions in battery technology that will allow the world to cut back on our dependence on fossil fuels,” he wrote in his congratulatory letter. 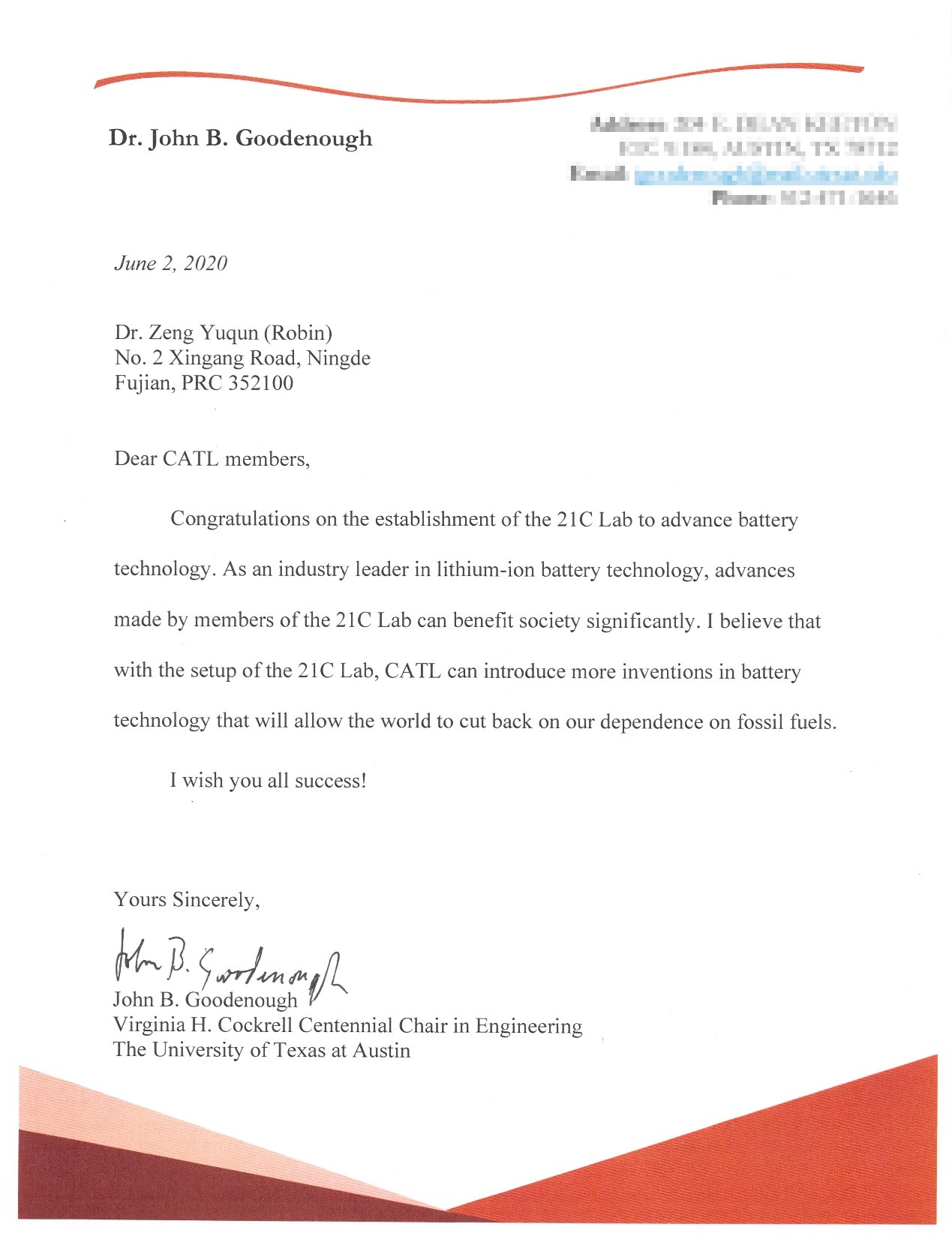 An investment of 3.3 billion RMB will be put into the laboratory, which is expected to attract thousands of experts and talents within five years. The 21C Lab, which will be built on an 18-hectare large piece of land, will focus on the development of the next-generation electrochemical energy storage systems and new energy conversion systems. Beyond advanced R&D on metal lithium batteries, all-solid-state batteries and sodium-ion batteries, 21C Lab is also working on the commercial application of its technology, such as developing lithium-ion battery reliability models and non-destructive testing technology. The laboratory is scheduled to be put into operation at the end of 2021.

"As a high-tech enterprise, CATL’s development is driven by constant innovation,” said Robin Zeng, founder and chairman of CATL. “21C Lab epitomizes our corporate philosophy of innovation, mastering basic skills and unleashing imagination. Supported by the Innovative mechanisms, we have committed ourselves to making further contributions to the development of new energy for human beings.”